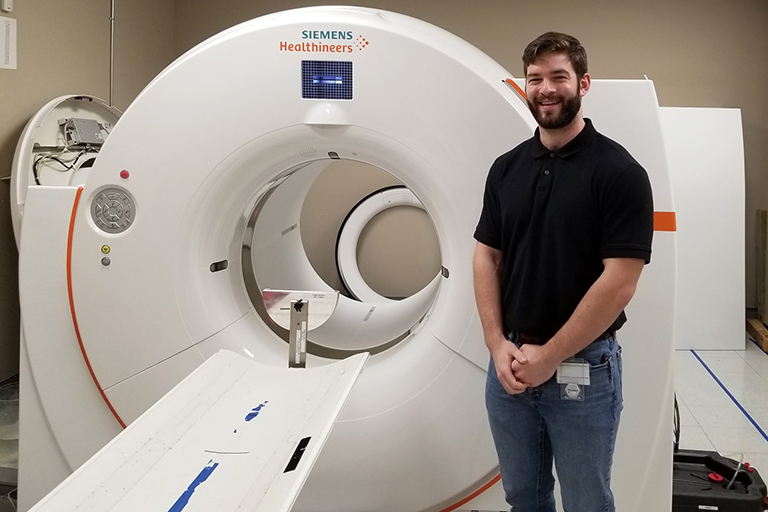 Wilton Chapman is a mechanical engineering major from Greenville, Tennessee, who worked for Siemens Molecular Imaging in Knoxville as part of a co-op.

Chapman worked in the Mechanical R&D department, where they designed/sustained all of the mechanical components for new/old PET/CT scanners. His responsibilities included assisting with the research, design, and analysis for different parts on a new PET scanner using NX and conducting FEA using NX Nastran. He was also responsible for building prototype parts, and testing them to verify they work as intended.

When describing the benefits of his co-op, Chapman said, “The most valuable benefit from this internship was meeting and learning from some of the brightest people in the industry. The engineering and life skills that I learned from these people, who were once in my shoes, will be invaluable as I enter my career.”