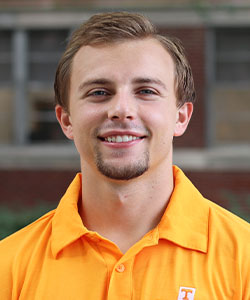 I have done three co-op rotations with Eastman and they all took place at their corporate headquarters in Kingsport, TN. Eastman is known for a variety of different products such as fibers, plastics, and cellulosic materials

I spent my first co-op term in the Corporate Analytical Division at Eastman where I worked in the Polymer Characterization Lab focusing in the Rheology sector. Basically, during this term I was assigned the task of generating key metrics to gain insight into the flowability of a powder produced at Eastman. Also, those efforts were focused on addressing a customer complaint that was received that stated our powder was difficult to process when compared to a competitor’s product.

In my second term I took a more traditional engineering role working in Process Improvement in the Ketones manufacturing area. During this term I was able to interact with operations, plant safety, and other extremely talented engineers. I also completed my longest project of any term I’ve had which was plant-scale Design of Experiments (DOE) on plant that had be recently built in the area. The experiment was mainly investigative and helped generate a lot of great data that could be used to dial in the plants operation by using the “knobs” we chose to manipulate.

My third coop term took place in the DMT manufacturing area where we made the intermediates that are used to produce trademarked products like Eastman Tritan. This was another Process Improvement role and my projects mainly focused on cost savings and reliability. One cost savings project I was involved in was designed to better control our distillation columns to help generate steam savings. My main reliability project focused on tracking tank transfers by using logic in PI Processbook to ensure there was a trail we could follow in case bad product was sent out of the area.

First, I was a part of the corporate analytical division where the majority of my term focused on researching how powders produced by Eastman could be fluidized to allow them to flow more like a liquid through various processes. Second, I was a part of a process improvement group in Eastman's Ketones area where my main focus was on improving the reliability of the plants by creating very useful data visualization tools (dashboards).

Also, I was able to conduct a 40-day plant scale experiment to see if we could optimize one of the new reactors in the area.

I decided to co-op because I think it gives you invaluable experience and exposure to industry. It has really allowed me to see the big picture of how a chemical engineer fits into a company as well. In addition, I think it has really given me the opportunity to connect the dots with the real world application of what we learn in our curriculum and has helped me better appreciate some of the material.

In my second co-op term I learned that you are only as good as the people that you surround yourself with. I say that because in large scale chemical manufacturing it takes so much more than just one person to make a project a success. When I was conducting my 40-day plant experiment I knew that I had to rely on process experts, operations, and statistical experts if it was going to be a success. I was able to trust all parties involved in the project because I made sure that everyone knew the objectives of the experiment and was able to clearly communicate the project plan.

I think my co-op has pushed me to think outside the box in some situations and also to know that you can always fall back on the foundations of what we learn in school if you get in tough situation. That in itself has made me appreciate the school material much more because I know it really is used in real world applications.

Professionally, my co-op has allowed me to develop a strong network of individuals that I know I can count on if I'm in a tough situation and can't see a definite solution. Also, it has allowed me to broaden my perspective of the different roles chemical engineers can have in industry whether it be technical, business, or safety oriented.

If you are considering whether to co-op or not, I would say you certainly will not regret having a co-op assignment under your belt. The experience you will receive out in industry will give you a huge leg up when looking for a full-time position after college. Also, if you are really unsure if industry is right for you there is no better way to try it out than having a co-op in my opinion.

In my free time I really enjoy staying active by playing sports with my friends as well as playing with my two dogs Doug and Dabo. The lake is also a place I love to go just to relax and unwind after a busy week. I really enjoy taking vacations out west snow skiing or going to the beach with family as well.