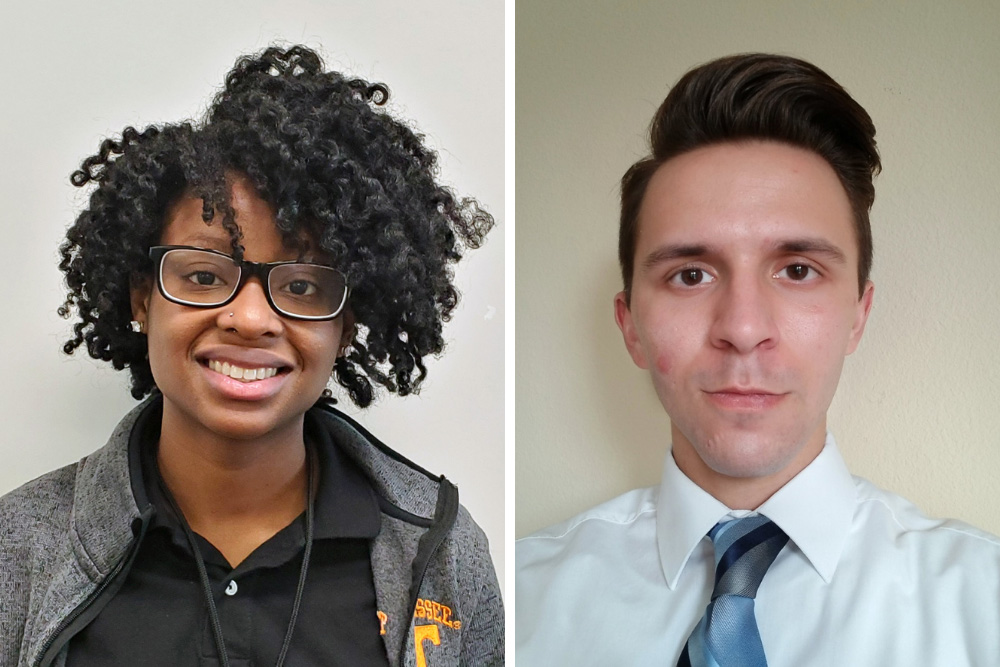 Southern Company is one of UT’s premier cooperative education participants, and even though Knoxville is outside their power distribution region, the university regularly places as many engineering students into co-op roles in their organization as other colleges of engineering in their region due to the excellent students produced by the Tickle College of Engineering (TCE) and Department of Nuclear Engineering.

Two rising seniors, Elijah Brock and Jasmine Toy, both experienced the same co-op rotation with Southern Company at Southern Nuclear’s Plant Farley to advance their knowledge of what it would be like working in the nuclear industry. Both walked away with very different discoveries about potential career paths, including getting a rare look at what kinds of work is necessary during an power outage when one occurred while both were there in the fall of 2020.

Brock chose to work in the mechanical systems group—as opposed to the corporate office in Birmingham—because he wanted to learn about how a plant operates up close. He asked for experience, and that’s exactly what he got with walkdowns of several major systems at the plant including condensate and feedwater, service water, river water, and auxiliary feedwater.

“I have encountered many diagrams of reactors and plant systems in my coursework, but actually getting to do walkdowns of these systems in person was a priceless experience,” he said. “A system walkdown basically entails walking through an entire system within the plant to check for any developing problems or issues that may need to be addressed. These included anything from recording readings of various meters on plant equipment to checking for any visible oil leaks. System engineers are required to do walkdowns on a regular basis.”

Meanwhile, Toy worked in design and was able to focus her co-op rotation on gaining skills pertinent to plant safety. Some of the activities she was involved with included putting very high-definition cameras in a spent fuel pool to help with identifying if there’s any damage to the assembly when they are unloading the reactor.

In the end, Brock felt the experience gave him a sense that, while he is still exploring his options, he is open to pursuing an opportunity to work in a nuclear plant someday.

“
I feel fortunate that I was able to shadow reactor engineers during some of the refueling activities,” said Brock. “I learned a lot by being able to participate in equipment inspections.”

The same co-op experience gave Toy motivation to rule out working in a plant and to keep exploring other options. Even though Toy said the experience made her realize she doesn’t want to work at a nuclear plant, she still thinks the co-op was valuable for what it was able to teach her about the day-to-day operations and what the atmosphere of a nuclear plant is like.

“We have so many options as nuclear engineers, and I am glad I got to rule something out to better help me find a good fit,” she said.

Todd Reeves, director of the TCE Office of Engineering Professional Practice, said that in addition to the valuable engineering experiences students gain when working in their co-op rotations and the money earned to help offset the college expenses, a co-op can also provide valuable insight into the various kinds of engineering work and then shape students’ early professional plans.

“Students with co-op experience can make post-graduation placement decisions based on firsthand knowledge, and this can accelerate their early career arc by getting them in a position that aligns well with their skills and goals right at the start,” he said.