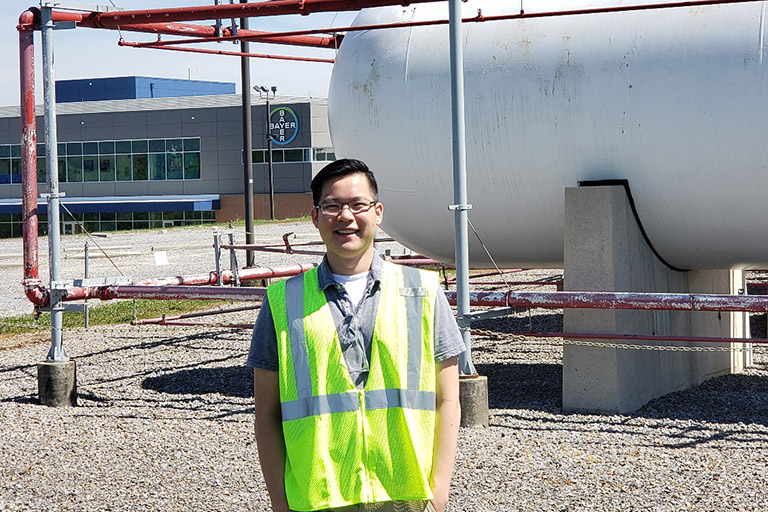 Jason Chung, a chemical engineering major from Cleveland, Tennessee, worked for Bayer during his co-op.

Chung worked in Technical Operations, which is a support group for manufacturing. During his rotation, Chung had an extensive role in the startup of the Cleveland site’s first pilot lab facility and got to work first-hand with multiple departments—such as engineering, quality, safety, and research and development—in order to get the pilot lab started. The pilot lab is going to be used in conjunction with R&D to make experimental/development batches of sunscreen as well as process improvement studies for current formulas. His role in this project was to research and provide some of the safety measures for the equipment in the room.

When describing the benefits of his co-op, Chung said, “While the real world experience is definitely valuable, I would have to say the most valuable benefit from this co-op are the connections I’ve made with the people at the plant. The lessons I’ve learned and advice I’ve received from everyone at the plant has allowed me to grow as a person, as well as, make a few friends along the way. The people I’ve worked with extend past my resume and will make a lifetime of difference. For that, I am grateful.”