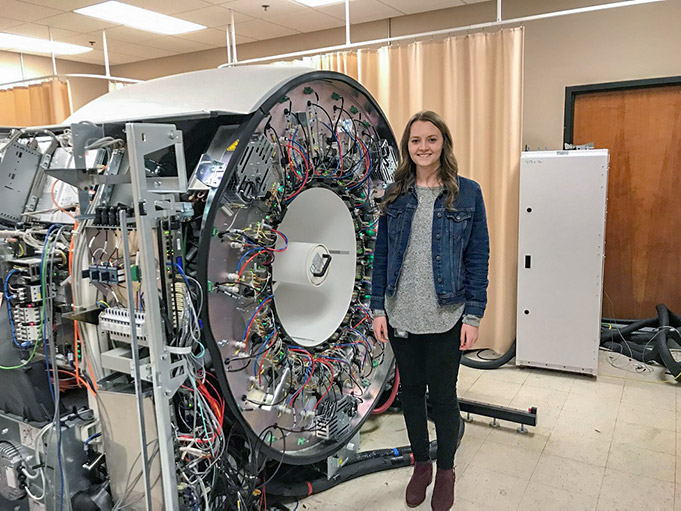 The featured student this week is Heather Haynie, a computer engineering major from Knoxville who worked for Siemens Molecular Imaging in Knoxville.

During her rotation, Haynie worked on the Electrical Research and Development team. She had many responsibilities including testing circuit boards, making cable drawings, creating a real time temperature graph, and troubleshooting computers. The biggest project she worked on was creating a program that parsed an XML file for data that was sent to a graphical user interface, which was designed by another intern. This project will allow the engineers on the team to view data from sensors on the PET scanners, which was previously very difficult and not possible to read in real time.

When describing the benefits of her co-op, Haynie says, “The most valuable things I have gained from my time working were an understanding of what it was like to interact in a professional setting and getting advice from engineers of different backgrounds and levels of experience.”