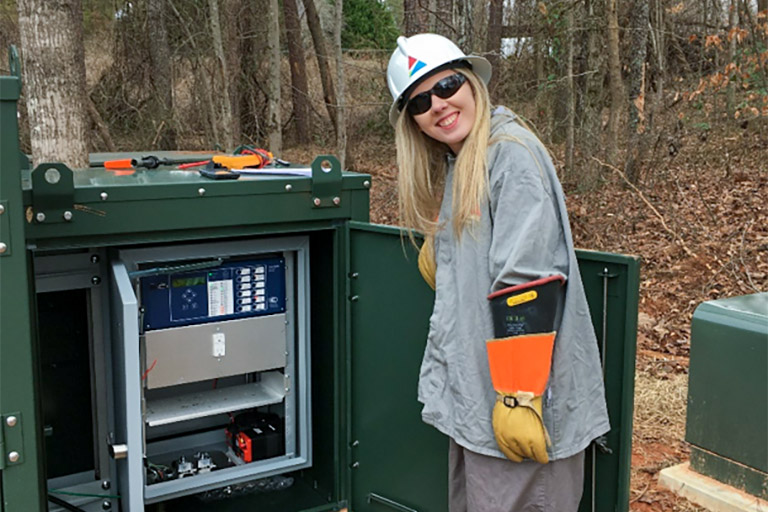 The featured student this week is Emma Drum, a mechanical engineering major from Knoxville who worked for Southern Company in Canton, Georgia.

Drum worked in the Distribution Engineering department, where she was responsible for anywhere from 10-15 projects at any time. She created, designed, and estimated overhead and underground power distribution systems. One of the smaller projects that she worked on included getting power to a house 1000 feet off of the road. Some of the larger projects that she worked on included designing the underground power layout for subdivisions and apartments, and replacing 3,500 feet of overhead wire that was overstressed.

When describing the benefits of her co-op, Drum says, “The most valuable benefit I received was learning how to be independent in the work place and in my personal life. Another engineer isn’t always going to be available to help me, so I needed to be able to solve my problems on my own.”