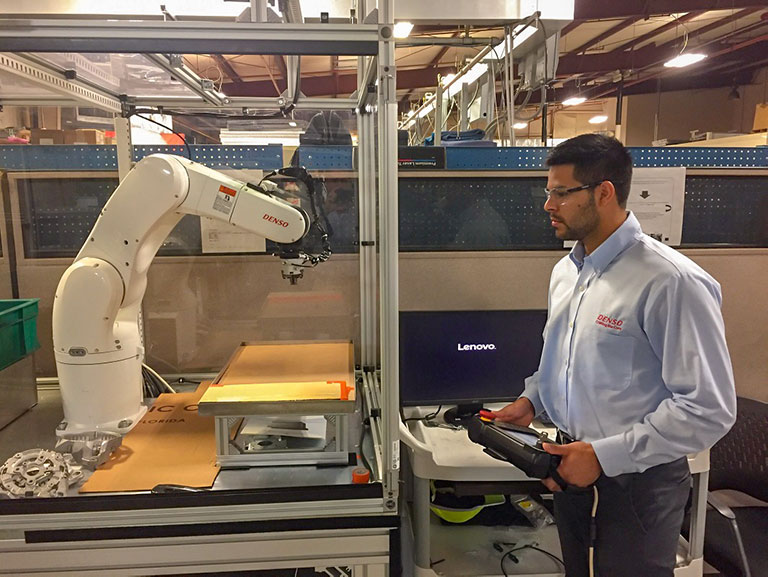 The featured student this week is David Mejia Fernandez, a mechanical engineering major from Loudon, Tennessee, who worked for Denso Manufacturing in Maryville, Tennessee.

During his rotation, Mejia Fernandez worked in the Machine and Tool (M&T) department, working on a new process for a ceramic heater, which forms part of an O2 sensor. His task was to create a new process, build a working prototype, and test it to ensure that it is an improvement over the current process.

When describing the benefits of his co-op, Mejia Fernandez says, “The most valuable benefit I received is networking. I’ve met many people working for Denso and other companies which opens up opportunities for future employment.”