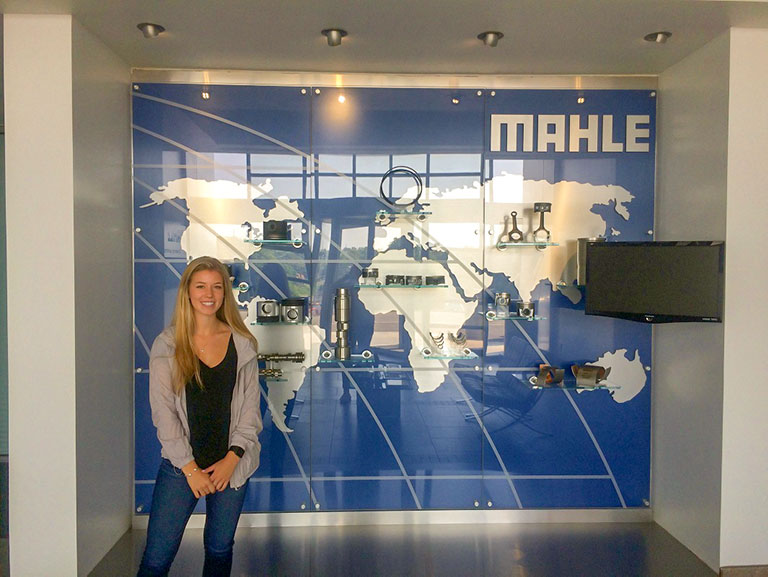 The featured student this week is Ashley Weaver a Chemical and Biomolecular Engineering major from Talbott, Tennessee, who worked for MAHLE in Morristown, Tennessee.

Weaver worked in the heavy-duty diesel department at MAHLE Engine components. For the majority of her projects, she tested the cutting and coating fluids for optimized performance of monotherm, monoweld, and ferrotherm steel pistons.

When describing the benefits of her co-op, Weaver says, “I really enjoyed being able to perform these tests in a real world scenario and not just in a chemistry lab. I was also able to learn new processes with chemicals that I had not learned in chemistry labs yet.”