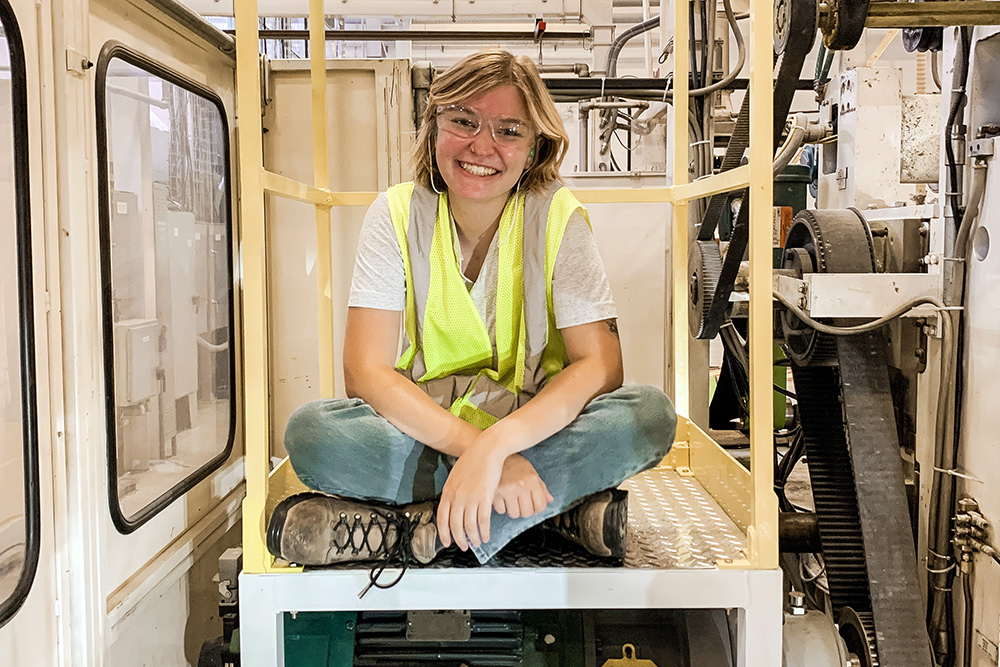 Addison Cable, a mechanical engineering major, wrote about her co-op with Kimberly-Clark.

My co-op with Kimberly-Clark has taught me so much about being an engineer, and has really made me feel confident in my major. I’ve built several technical skills, such as my SolidWorks skills and creating drawings, but I think more importantly, I’ve learned a lot more about working with people. I’ve worked with several other engineers and learned a lot from their experiences, and I’ve also worked with maintenance and operating partners. Everyone I’ve worked with has difference experience and knowledge to share, and I’ve learned a lot from them. I’ve also had the chance to experience what engineering is like out in the field, rather than in the theoretical.